In January 2016, the Dutch composer Jacqueline van Koolwijk and Ute Kreidler coincidentally
met at a seminar in Eibingen, in the monastery of the Hildegard sisters. They started a conversation about the music and its healing effect. Jacqueline van Koolwijk emphasizes the free use of this music, the dedication to the moment, opening up to the new, the amazing. With all the freedom that Ute Kreidler takes in her interpretation of the Hildegard songs, it is above all important to her that the songs are reproduced as faithfully as possible to the original, in order to be able to experience the depth of the songs more and more. An inspiring encounter.

Already in July, a first working phase with the Nectar Trio - Inner Silence from Nijmegen takes place, getting to know and approaching new sounds of extraordinary intensity and mutual sympathy. In the meantime, Jacqueline van Koolwijk had composed 5 prayers for organ inspired by visionary pictures of Hildegard von Bingen, which caused a strong resonance in Ute Kreidler for very specific Hildegard songs..

A concert idea emerges, with the short and haunting organ works forming the red thread between composition and improvisation. Imbued with the power of the visionary images and songs of Hildegard von Bingen, the music of the four musicians unfolds spontaneously and completely at the moment: quiet, space-giving, energetic, emotional - vivid, meditative. In synergy with the warm and clear voice of Ute Kreidler and the sensitive play of the trio "Nectar - Inner Silence", the visionary sounds and images of Hildegard von Bingen can be experienced in a new and deeply felt dimension for the audience.

March19th, 2017: first joint concert in Nijmegen with moving resonance from the audience and the desire to continue the cooperation.
In fall 2018 a CD to this concert program has been created.
In addition, further CDs with improvised meditation music are planned. Sensed in the moment, animated by the passionate abilities of the musicians on their instruments and by the free and multi-faceted handling of Ute Kreidler with her voice.

Jacqueline van Koolwijk is a musician, music educator and music therapist. With her concerts, workshops, books, compositions and her many other musical activities she wants to inspire people to live their inner freedom. She derives her ideas mainly from nature and from the ideas of mystics of different centuries. 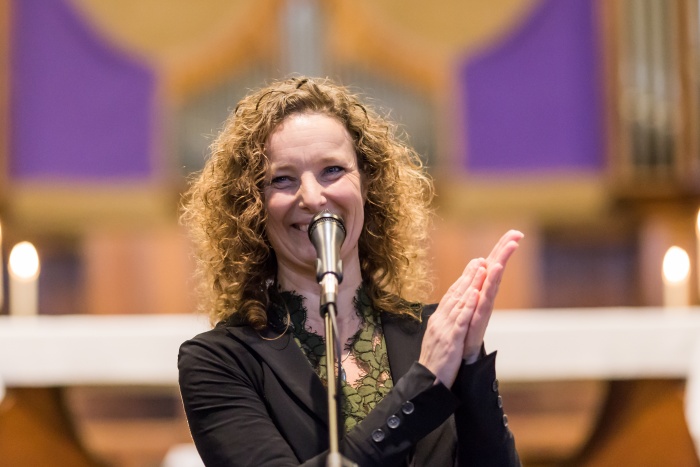 After studying the classical flute at the conservatory, Nicole Schmaloer spent a long time searching for her musical home. Today, she concentrates on spirituality in music, on making music in the moment, in the awareness that only the here and now fulfills our life: energy, freedom and bliss. With the breath, the most important source of our life energy, the musician connects with his soul, the breath animates the sound of the flute. In her private school (Deventer Fluitschool), Nicole Schmaloer's goal is to give her students the awareness of the breath, to listen to the essence of the music and to perceive themselves.

Since the age of five, Siem Ranoesetiko has been a passionate drummer and percussionist. With his subtle symphonic sounds and lyrics, he expresses what he is inspired by: a life nourished by the light of the heart. A light that fills and liberates every cell of our being. 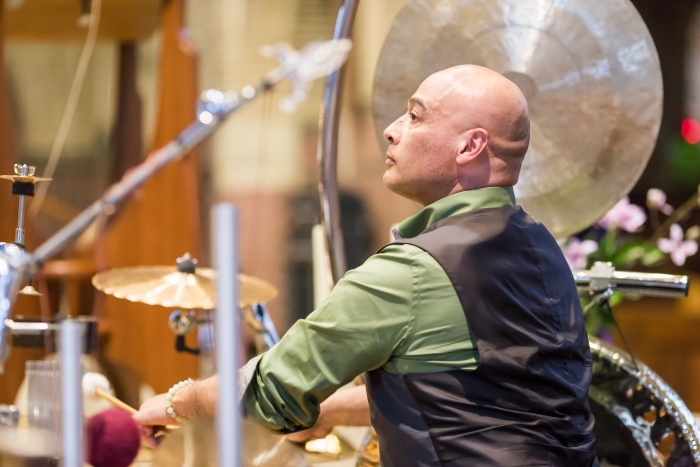 »Magical moments in which we can be inspired together ... spontaneous, enjoyable.«